Everybody knows Marilyn Manson, this American rock singer with his emo look was known worldwide thanks his famous cover song of “Sweet Dreams” from Eurythmics. He then released his album ”Antichrist Superstar” and became a world celebrity even with the controversy caused by his blasphemous lyrics and satanic staged during his concerts. This artist wears a scary makeup which gives him a livid complexion and one vampire or zombie eye. The singer perfectly matches with Halloween spirit, this event when we celebrate the cult of the dead and horror creatures. The most scary creatures are celebrated during one night and everything is allowed. For Halloween, people like to scare each other but it’s just for fun, exactly the game that Marilyn plays with the medias. 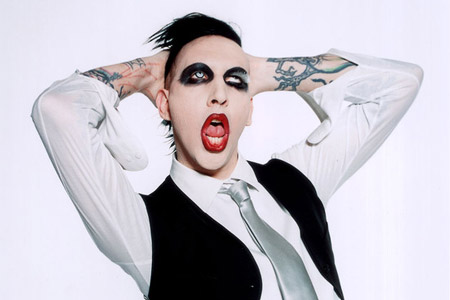 About the way he dresses, Marylin Manson wear clothes which contrast with his face appearance because most of the time he wears three-piece classy suits and ties. Making a costume to look like Marilyn Manson is then very easy. If you want to look like him you need to have black waxed hair. You can of course use a wig if you prefer and do not want to dye your hair.

If you want to have his look which is his trademark that makes him look different with other singers, you definitively have to wear a cosplay contact lens. He uses most of the time black and white circle lenses, sometimes red. You can find numerous variants of Marilyn Manson’s circle lenses colors on our webstore Solution-Lens.com, go ahead and check the menu ”Cosplay Animation”. Marilyn’s favorite circle lenses are Geo SF-16. They are very scary and make dead eye effect, very hypnotizing. These lenses meet the European (CE) and American (FDA) standards, their shelf life is 5 years, and their lifetime after opening is 12 months if you take care of them properly with multifunction care solution. 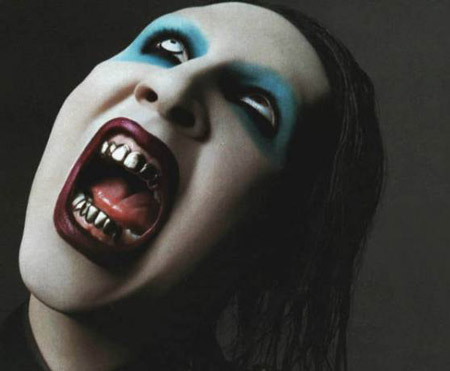 Marilyn Manson’s makeup fascinates as much as it disgusts, but it is actually quite easy to make. Apply generously white foundation on your face or use white makeup for children, don’t forget to cover your neck too, to give a livid and deathly color to your skin, also do not forget to cover your eyebrows. Darken the skin around your eyes with black powder including your eyelids. You can decide to create your own eye style with the eyeliner like the photo below. As Marilyn does sometimes you can use blue eyeshadow to pop up your eyes. To finish you can use red or purple lipstick, don’t hesitate to apply the lipstick and lightly past the edge of your lips to make them look bolder and pulpy. 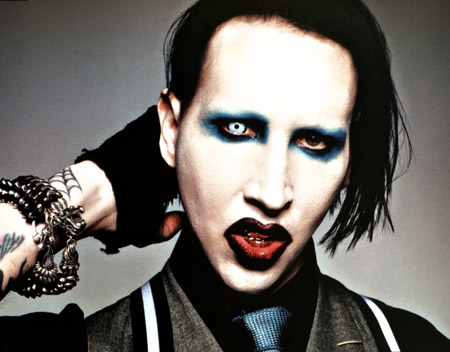