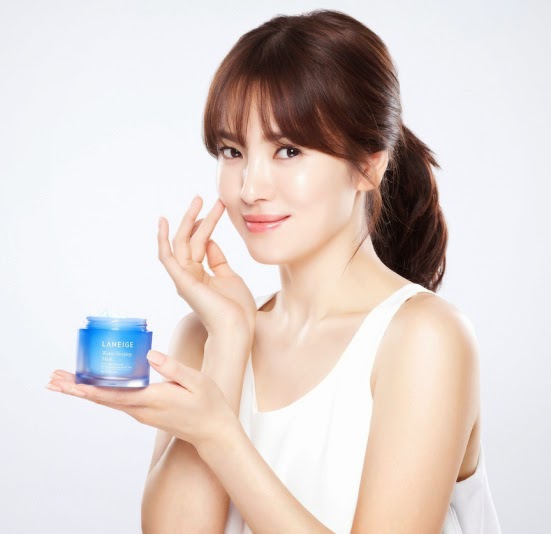 A new kind of water full of active ingredients guarantees moisturizing all night long, this is the principal ingredient of this new night mask which doesn’t need to be rinsed.

Asian girls are already crazy about this new generation of night mask called sleeping mask too. This trend should spread around the world really soon starting in USA and Europe. The promises of sleeping pack are fresh complexion and pulping face when waking up, so, are we done with pillow marks on cheeks?

This new skin care product is going to unseat traditional night creams which are thick and rich but not efficient enough. In South-Korea, sleeping packs became famous in the beginning of this century at the end of the year 2000. Today sleeping packs are well know in countries like China, Japan and USA. Lack of sleep is a problem for most of the people and especially women, this is why it is not a big risk to bet on the success of sleeping pack in the whole world, sleeping pack guarantees a fresh and beautiful repulped skin as you wake up from 8 hours deep sleep.

In Asia, people say and believe that the first three hours of sleep called “Golden Time” are the most important for the skin. According to Asian people the best hours for skin reconstruction would be from 23pm to 2am. A good sleep is synonym of good health, this is why the night a very important moment. Do you know that in Korean language a beautiful face is called, “good sleeper face” ?

Sleeping pack texture is particularly light on skin, cool, not sticky and rich in water. A cosmetic specialist interviewed said: This is a totally different approach than usual night cream as we know them in western countries. In the west some women hesitate to put something on their skin because their prefer to let their skin “breathe” during night time. With this new light skin care product the skin can enjoy the night to adsorb the active agents at the same time. In the morning the sleeping pack will give a repulped skin and remove the wrinkles out. This can reconcile women with the night care gesture.

The jelly sleeping pack texture is quite innovative. Indeed, most of these sleeping packs are cream called “shape memory”, which means that they are able to spread uniformly when the cream is applied on skin. Even when you look at the sleeping pack cream in its vial it will always look as it has never been touched, this is a good marketing idea that beauty purist will love.

Recently the famous brand Garnier released in France an “all in one” sleeping pack called “Miracle”, this concept might seduce consumers. The formula of this sleeping pack is composed of seven active agents as lavender essential oil which is well known for its virtue to help sleeping. We have read review from consumers totally amazed by the result of the sleeping mask on their skin. Consumers have noticed rejuvenating long term effect from the first night. Face is less drawn and looks healthy because the sleeping pack compensates water loss during the night and rehydrates the skin intensively.

Is a sleeping pack avalanche coming ?

Good news, instead of ordering online in Asia and receive a parcel of Korean sleeping packs from brands like LaNeige, Lope or Etude House form Asia, you will be soon able to buy sleeping pack from your favorite store. Soon brands as Loreal, Garnier, Yves Rocher, Yves Saint Laurent or Nas will release their own sleeping packs. Sleeping pack are defined by specialists from all over the world as promising products.